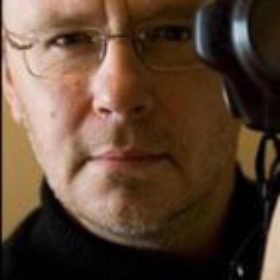 Born in 1964, Eric Lafforgue lives in Toulouse, France. Ever since he was a young boy he has been fascinated by far away countries and travelling. Aged just ten he spent time travelling with his parents in Djibouti, Ethiopia and Yemen, unwittingly retracing the paths of renowned travel writers. His career as a photographer began quite late in 2006. But his success has been startlingly rapid. Soon after first posting his pictures on the website Flikr he began to get professional commissions, and within just a few years he has come to be regarded as one of the world’s best travel photographers. He is perhaps best known for his work on North Korea, Papua New Guinea, and the tribes of Ethiopia. In 2008, his work on the people of Papua was displayed at the prestigious VISA photojournalism festival in Perpignan.

Eric Lafforgue spends most of his time travelling and sharing his encounters on the web. He is passionate about the places he visits and is particularly interested in regions or populations in danger, and the road less-travelled. His work has been published in Time Magazine, National Geographic, The New York Times, CNN Traveller, BBC, Sunday Times, Lonely Planet, GEO, International Herald Tribune, Corriere Della Sera, Le Monde, The Times, La Stampa, India Today and Afar. Eric Lafforgue is part of the European agency Rapho works with the following cameras: Hasselblad H4D-50, Leica M6, Canon EOS 1Ds Mark III and 5D mark II. Most of his work can be seen on Flickr, and his own website www.ericlafforgue.com.