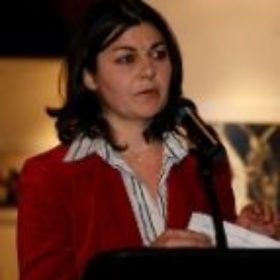 Anne has focused her photographic work on capturing day-to-day life of Palestinians under occupation, refugees and displaced persons, the Wall and its impact on communities, as well as popular resistance to occupation. In 2006 she developed a project called Images for Life with the Al Rowwad Center in the Aida refugee camp, aimed at empowering Palestinians through photography and video.  In 2007, she co-directed her first video short, « Bethlehem checkpoint, 4 am » ; which was selected for the 2008 Boston Palestine Film Festival. In July 2008 she joined the Voices Beyond Walls team and assisted with digital stories workshosp in Shu’fat camp, while supervising the production of a video short called “Intensive Care Unit”, based on a poem by Mahmoud Darwish, then in 2009 in East Jerualem, and 2010 in Al Arroub refugee camp.

Since 2010, she has started to focus her work more on the Gaza Strip that she has since visited many times. In November 2012, she documented the Israeli military offensive on Gaza, called ‚Pillar of Defense’. In 2012-2013, she has developed a project on artists and sub-cultures in Gaza and co-produced a multimedia on the subject « Not a dreamland ». She is also the co-producer on a 2012 documentary on kites in Gaza, « Flying Paper ». Her photos have been exhibited worldwide, most notably at the United Nations ; New York and Geneva (2008, 2009) with the exhibit : « the Palestinians- 60 years of struggle and enduring hope ». Anne has been working with many NGOs, such as Human Rights watch, Action contre la faim, Diakonia. B’tselem. Her pictures appear in various media outlets ; among them New York Times, Paris Match,  AlJazeera, Haaretz, the National, les Inrockuptibles. The Huffington Post, Dazed and confused.